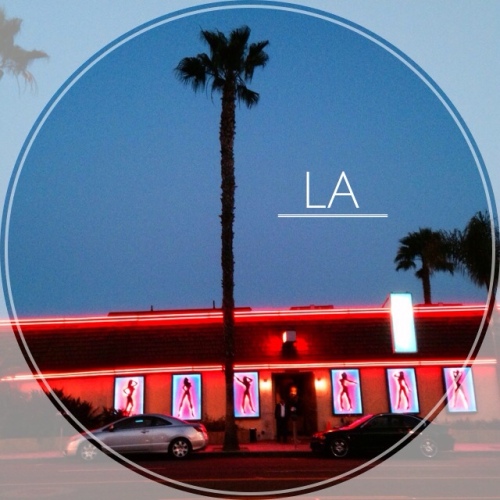 People say you need a car in LA. To which I’ve always nodded politely, smiled vaguely and thought: yeah, yeah, sure you do — if you’re lazy and can’t read a train timetable.

I’m so sorry everyone. You’re not lazy at all and I’m sure you’re marvellously transit timetable-literate. You bloody well do need a car in LA. I’ve only been in town 20 hours and my lack of vehicle has true thwarted countless plans.

Want to get from West Hollywood to Universal Studios to be in the studio audience for Chelsea Lately then back to West Hollywood then to Anaheim? You are dreaming. Want to do a hike at Griffith Park in the morning before all that? You are delusional. You’d need to be The Flash or have unlimited CabCharges. Or, you know, have a car.

Major areas that look close on maps are scattered so far apart that you’re up for a $40 cab ride or a two hour walk to move between them. The public transport system is a cruel joke and lot like the set of a Hollywood sitcom: looks realistic on camera but is totally fake, flimsy, breaks easily and of no use in the real world. I’m convinced the set up of the whole city is controlled by the sinister and lucrative valet industry. Cher Horowitz, you sage: everywhere you go has valet!

I’m feeling particularly angsty about this because of my adventures this morning. This is the story of when Alex took the bus in LA.

I have booksmarts. So many booksmarts, in fact, that the only way they all fit in my little head is to sacrifice all practical know-how: I have no sense of direction and I can’t read a map; I have close to zero common sense; I have neither dexterity or manual skills; I’m clumsy as hell.

When I decided to go to The Grove mall I googled directions from my hotel. Righto: 40 minute walk or short ride south on the 218 Metro bus. Bus fare $1.50 each way. Bus stop on the corner of Fountain and Crescent Heights. I even googled what the buses looked like (thank you law school and the over-preparedness you indoctrinate). However, after I’d been sitting at the corner of Fountain and Crescent Heights for some time a bus approached and beeped me. So I got on.

I still have no idea what the purpose of this bus was but it was not the 218. It was, however, free and wound its leisurely way through every suburban street between Sunset and Cedars Sinai, collecting and disgorging little old women speaking exclusively in russki. After 30 minutes in this weird version of hell — and still only a kilometer from home — I gave up and jumped out at the next green juice bar and strolled instead, through the neighbourhoods of West a Hollywood.

West Hollywood is chock full of nails salons, shopping malls, posh pet daycare centres, raw vegan cafés, strip clubs, green juice bars, interior design studios and little else. It’s an incredibly progressive and LGBTI-friendly city — pride flags are everywhere and street advertising is notably targeted towards same-sex couples (poster of men holding hands bears the tag line ‘You should feel butterflies of love, not fear — bank with us, we get it’). It’s also a rad place to live if you’re a cat or a dog. City law states that pets are to be called “companions,” and their owners “guardians”. Oh, Hollywod, you’re so weird.

My Shrunken Head tiki cocktail is beckoning becomingly so I’ll summarise the rest of the day: shopping at Beverly Center (yeah, no Grove for me), laughed in all the right places as part of studio audience at Universal, $140 cab ride across town, checked into The Happiest Place On Earth . We’ll see.