Notable sightings: the Indian Ocean from India, cold beers (a novelty in this country)

We're on federal election lockdown in Kerala and things have reached boiling point, figuratively and almost literally. The weather report today at 11am read “Actual Temperature – 34; Feels Like – 49”. Around one billion people are eligible to vote in India's election making it, I think, the biggest election ever held in the world. Voting is staggered between the regions and there's been some violence though certainly not near me. Certain towns have been essentially shutdown for voting: stores are closed, buses don't run and alcohol is prohibited.

Anyway, despite that, it's been a cruisy end to my traversing of Southern India. An hour out of Kochi and you're in backwater country. It looks like the setting for Anaconda III: Terror in Kerala. A massive green maze of canals and narrow little offshoots, it reminds me of the Mekong Delta. The cool thing to do here is to rent a houseboat so that's what we did. After procuring a case of Kingfishers (no mean feat in this state!) we packed onto a gorgeous little boat for a day of lounging, drinking coconuts and beers and sampling more Keralan seafood, as the boat meandered the waterways. You can really feel monsoon season coming on here and around 5pm, after a few hours of threatening behaviour, the skies burst and we called it a day.

Yesterday we schlepped 5 hours south to a jewel of the Malabar coast, Kovlam beach. It's no jewel by Australian standards but, with its black sands, crooked palms and dinky fishing boats, it certainly has its appeal. This is how I imagine Goa must be: the beach brings out a little bit of naughtiness in everyone, even in a conservative Hindu country. Along the slightly rubbishy black sand, a handful of Westerners sunbake and ignore the hawkers, locals gawk, the sky goes pink at sunset and, simultaneously, the restaurants light up luridly. You're offered “Drugs, Madam?” every two minutes and if you've ever wanted an ugly sarong, this is the place.

Today I took a second foray into Ayurveda and has a 'powder massage'. Naked save the loincloth situation, you're vigourously rubbed all over in what looks and smells like the contents of the dry spice cabinent. Your little old Indian lady massaging seems to try to start a fire using her two hands and your breast as kindling (it's weird) and make pie crust out of your thigh flesh (weirder still). Then you're covered in mud and left to cook. Finally, you're stripped down and washed all over by your little Indian lady. Body shy? What is body shy? I'm still finding turmeric-scented mud in weird places.

I want to open a beach bar here.

Kerala backwaters: serene as anything 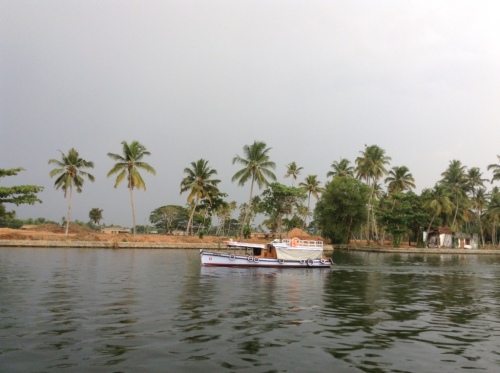 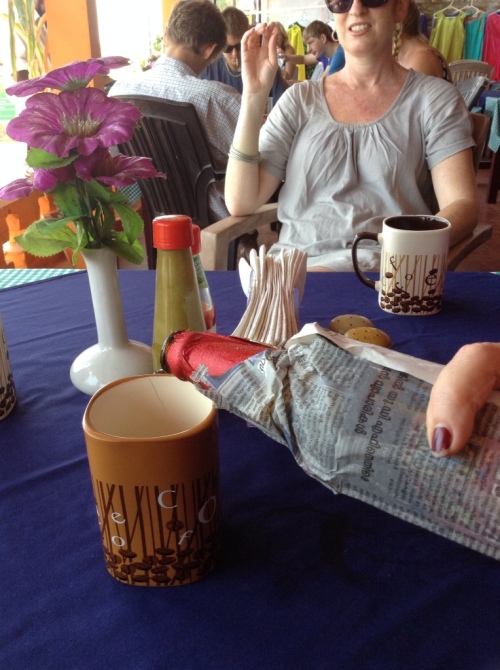 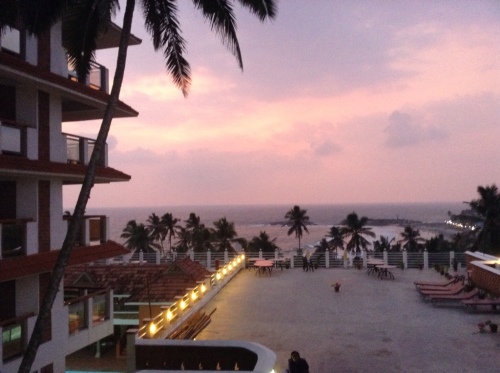 2 responses to “The Deep South: the ocean and the opium”